Ah, the idiot box, our childhood companion/minder let us speak of your marvellous ways and bask in your shiny technicolour.
Post Reply
49 posts 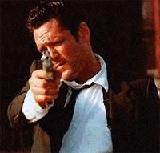 Xanien wrote:Well, Dattebaiyo STOPPED releasing Naruto Shippuuden back at episode 91, but I SWEAR I heard that another group was doing the translations and posting them online, but I can't find them for the life of me. They aren't even posted on the Bit torrent sites aside from stuff in Arabic, Spanish, etc . . . anybody heard of this "other" website posting them and have a link?

theres two that i know of. http://animebento.net/ and http://www.takafansubs.com/ my preference is animebento but it's always good to have a backup
Top

Bah, I was so tired of waiting that I ended up reading the Manga online at OneManga.com and have been getting caught up there. I probably should download the series too though if the quality is good ...
Top

Don't know if anybody is still watching/reading this series, but it looks like it will be coming to it's epic conclusion soon. If anybody IS reading/watching it, some food for thought as to who Tobi is. Switch the words around a little and you have Obit, when pronounced in Japanese is Obito.

Just a theory that my gf heard from another friend that is a fan.
Top
Post Reply
49 posts